PAQUITO D’RIVERA: AROUND THE AMERICAS (Also available directly from Livestream) On March 27 and 28, you can hear Paquito D’Rivera’s Quintet and Quinteto Cimarron online. Jazz at Lincoln will be doing live broadcasts of “Paquito D’Rivera: Around the Americas” concerts on both evenings at 8:00 pm, US Eastern. (Able to attend in person? Tickets are… [Read More] 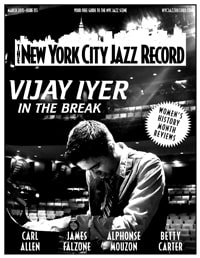 On November 20, 2014 at the 15th Annual Latin GRAMMY Awards, Paquito D’Rivera and Trio Corrente’s album Song for Maura won the Best Latin Jazz Album in category #31. The album tied for the GRAMMY with Chick Corea’s album The Vigil, which also won. This is the first album Paquito D’Rivera has done with Trio… [Read More]