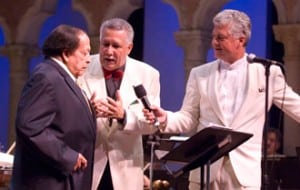 D’Rivera’s work "Conversations with Cachao", forms the program’s centerpiece. The double bass soloist with Robert Black, performs with D’Rivera who "dialogues" with Black on clarinet and alto sax.